I don’t like yelling, nasty comments, or being in trouble. I don’t like dealing with trouble, or awkward situations where “things need to be said”. Wherever possible I completely avoid confrontation. There’s nothing worse than getting caught up in a shouting match. The thought of getting into confrontation over things is enough to seriously freak me out. I’ll do pretty much anything to avoid a conflict.

It wasn’t always like this, don’t get me wrong. I had my fair share of shouting matches with my siblings when I was growing up, and could really yell at my mum when I wanted to. I probably had several people’s share of arguments, actually!

But since being at Uni and “becoming an adult” I’ve developed an actual phobia of confrontation! Even when it’s nothing to do with me, I feel responsible and involved, and it makes me really anxious. Let’s not even go into how horrible I feel when I actually am involved – it’s the worst. 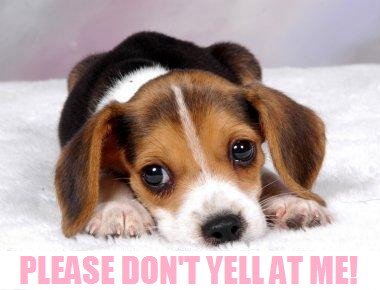 The thing is, avoiding confrontation is difficult when a large part of my job is working with teenagers, who do stupid or nasty things and need to be told off.

I diskike telling people off almost as much as I dislike being told off.

It makes me feel like a horrible person! I have discovered that, while I don’t yell, my “social worker” voice is just as effective at getting the point across. Believe me, if it gets so bad that I use *that* voice, you are in trouble.

What the kids don’t see, is that while I’m being stern Ms Social Worker I’m actually trying very hard not to let my voice shake, or my hands shake. Because I really really hate confrontation!

I’m learning, because dealing with confrontation is a skill that I have to develop. Not only in my professional life, although that is really important, but in my “real life” too – for years I’ve run and hid from controntation, trying to do anything and everything to avoid it but all this does is make the underlying situation worse and then *that conversation* is that much harder.

This also goes for confronting issues in my relationship with God. God is always consistent, and whatever happens in my life is in His control. Sometimes He wants to challenge me, and confronts me with things in myself that He wants to change or deal with. How many times have I hidden my head in the sand? Lots.

I’m trying not to do it anymore, because God knows my heart and only works for my good. It’s a hard learning curve, but it will be worth it in the end. Ostriches never prosper, and have to pull their heads out of the sand eventually.

(yes, the other day I was an tree and today I’m an ostrich…I like metaphors, they work for me!)