We just had the last Bank Holiday of the summer…boo!! But I don’t think Summer is over yet. At least, I’ve pretty much decided it can’t be, because I haven’t completed all my Bucket List things!

I do have plans for completing them…but most of them will happen in September. And I’ve resigned myself that some of them won’t happen at all, probably (spending a whole day with my three sisters means a visit to Plymouth and I can’t get down there until October)

Oh well. I do think that having the Bucket List has motivated me to do more with my summer – only most of the things I’ve done didn’t actually make it onto the list!

This Bank Holiday weekend was Rosie’s Hen Weekend, and it was really good fun. She had no idea what was being planned, except for it being in Gosport (she found the house for us) There were 18 of us over the weekend, which seems a lot but Rosie has a close group of friends from her school days, a close group of Uni friends and also a close group of church friends, so we were all there.

We went to Gosport in Hampshire to stay at the most gorgeous rental house (http://www.gosportaccommodation.co.uk/)

It was amazing staying there – the rooms are all huge, and it had everything we wanted (except a teapot!). Considering that there were so many of us, we weren’t all on top of each other and the most people per room was 3 so we all had loads of space. The best thing was the second dining room, which had a table long enough for all 18 of us to eat together! I have house envy. 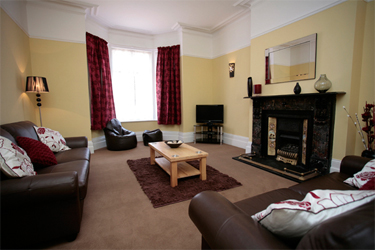 The weekend started on Friday when we all descended on Gosport from our various localities (in Canterbury, Bexley, Maidstone, Poole, Hertfordshire, East Grinstead and London) and most of us got stuck in traffic on the M25 and the A3, but that was ok. Those of us that got there in time went to Playzone for their Adults session – we all dressed in black with leopard print accessories (leopard print was a bit of a theme!) and went slightly mental playing on the slides and stuff. We took loads of pictures…but they’re not shared on Facebook yet so I can’t upload any.

On Saturday we had a lazy morning, breakfast with loads of fruit and yoghurt and pastries (this was a big-food weekend) and then me and two other girls went to do the food shop whilst the others went into town and got fancy dress costume stuff for the evening. The afternoon was spent pampering and prepping whilst watching Maid of Honour (yay for wedding themed movies) and then we had fajitas for dinner before getting the ferry over to Portsmouth dressed as Superheroes!

We went to a club called Tiger Tiger where one of Rosie’s friends had booked us VIP booths including nibbles and cocktails and we had a good dance and played some games, like handing out Man Awards to different guys (Best Biceps/Most Impressive Pecs/Mr Congeniality etc) before getting the ferry back across to Gosport and crawling into bed around 2.30am. 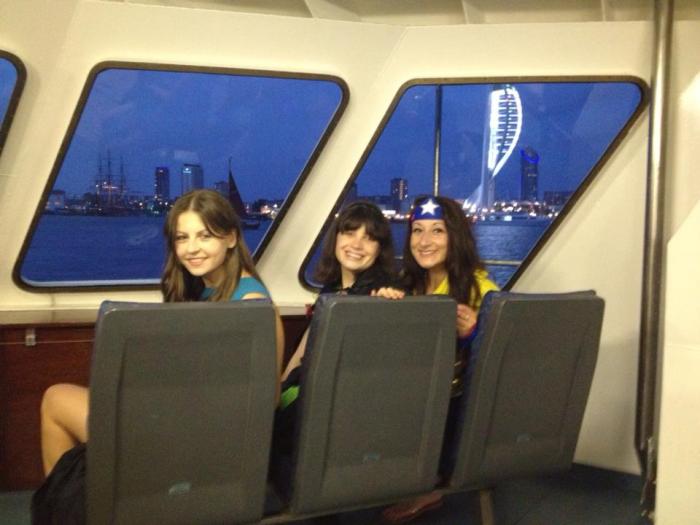 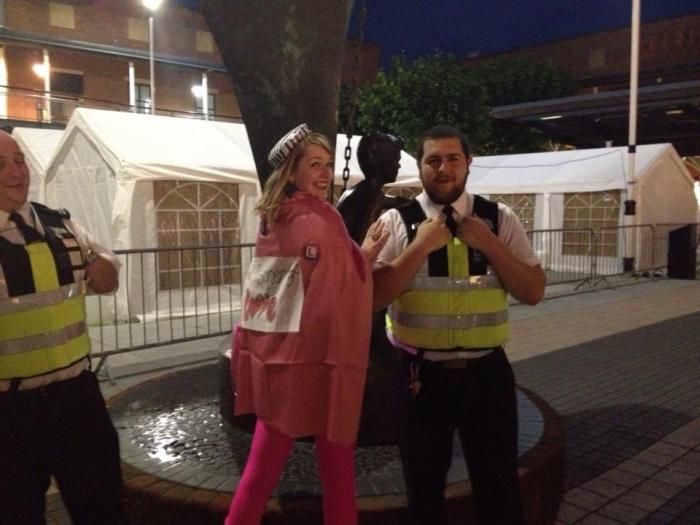 Sunday was a verrrrry lazy morning – we ended up eating our breakfast (fry-up!) at 12noon, but that’s ok because it was fun the night before. After breakfast/brunch/lunch, most of the girls took Rosie to the fun-fair whilst Louise (the maid of honour) and I set up for the afternoon’s event: a garden party Bridal Shower with cream tea. We had loads of cakes, sandwiches, drinks and decorated the house’s gorgeous garden with bunting. We had each gotten her Bridal Shower gifts – lots of bath stuff, lingerie, candles, generally pretty things, and a photo book with pictures of all of us and messages of love for her. She cried 🙂

After the food we watched a couple more movies, played Articulate and Scrabble, and just generally chilled out together. Around 9pm getting Chinese food was suggested – more food!! But that was yummy too.

On Monday we cleaned and tidied up the house and everyone had left by around 11. I took two girls back to Bexley and got home myself around 3.30, and I was so tired from all the fun that I just crashed out for the evening! Today I feel a little more human, which is good because my Mum and sister are coming to stay today!